As the pandemic continues to test the wills and skills of our medical staff around the world, we talked with two doctors – Dr. Miguel Sohl and Dr. Jason Song – to learn more about their experiences working on the front lines in early 2020, when the Covid-19 crisis was unfolding and countries like Italy and China remained in lockdown.

A pneumologist who has been working with Europ Assistance for nearly three decades, Dr. Sohl is based in Milan, Italy. He is currently Medical Director of the company’s operating medical unit and focuses on chronic pulmonary diseases in his private clinic work. 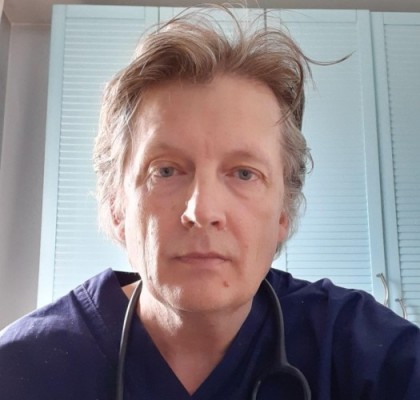 Doctor Sohl, what was it like working in Italy in March? You must have been extremely busy!

Yes. Our clinic was treating a lot of people with chronic pulmonary diseases, and we were one of the only clinics still conducting normal activities during the Covid-19 crisis. We had to transform all our public and even private institutions into Covid hospitals. Each facility also became a hub for specific medical issues. For example Niguarda Hospital was the hub for polytrauma and neurosurgical patients; Humanitas Research Hospital was the hub for stroke patients and so on. Outpatient activity came almost to a complete standstill.

What kinds of illnesses were you treating?

We were treating people with Chronic Obstructive Pulmonary Disease, pneumonia, asthma and severe asthma, as well as some patients with heart and respiratory insufficiencies. Unfortunately we couldn’t do any testing during this period due to the high risk of contagion.

In late March Italy was still in full lockdown. Were you doing anything for Europ Assistance during this period?

Yes, we had a lot of problems to deal with. In addition to normal activities like repatriation, teleconsultations, video consultations and so on, we had several cruise ships with thousands of passengers on board. We were providing medical assistance for them in dedicated hotels in Rome, Fiumicino, Pisa and Pratolino. Patients included several hundred clients and crew members, many of whom were positive for Covid-19. Some of them had to be hospitalized.

What kind of support were we providing our employees during this difficult time?

The medical unit provided teleconsultation for all our employees, including Generali employees. The operations department did a great job helping them with technical problems, and my medical team helped out by fielding and answering questions, advising them on what to do, ways to avoid contagion and so on.

Can you tell us more about your team in Italy?

There are roughly twenty of us working in Italy right now, including two general practitioners, a couple of ICU doctors, pneumologists, two neurologists, a pediatrician, an ophthalmologist and a number of emergency doctors. Most of our people work in hospitals. Our medical unit is operational twenty-four hours a day. We also have teams of mostly ICU and emergency doctors rotating weekly, and we’re lucky to be able to rely on a nursing staff that is among the most experienced in repatriation activities.

You had a lot on your plate. How did you maintain morale during those challenging days?

I’ll be honest. It was a really tough period, especially because although I’m based in Italy, I have Spanish and Swedish origins and relatives all over the world. Many of them needed my medical advice… I was quite concerned about what they were doing in Sweden. I remember staying in touch with lots of doctors there. The government was doing things differently than in other countries. I have family there and it was concerning. And here in Italy I have children, so being out at work and coming home to my daughter and son… That was concerning too.

Italy has had some of the highest Covid-19 death rates in the world. Can you offer any perspective on why?

Whenever people ask me about this, I think back to what we were doing here in January. Right from the beginning we saw a lot of people with confusing, flu-like symptoms. They were coughing and sneezing and uncomfortable. Some had neurological symptoms. It was very strange. Then we started to hear about Covid-19 in China, but during this period we were visiting all these people without any precautions, without any protection, and our emergency rooms were always crowded. The first Covid-19 diagnoses in Italian patients came late, around 20 February. I think that may be one of the reasons a lot of people became infected. Most likely the contagion was already circulating here in late December or early January. It probably spread in large measure through hospitals before the lockdown went into effect. If you consider that Italy had over 34,000 deaths, I think that at least ten times that number have been infected.