Everyday ways you can protect your brain health

Everyday ways you can protect your brain health 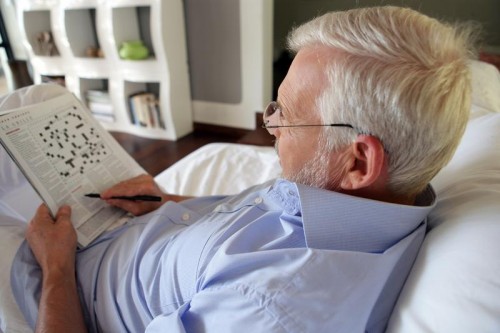 Brain health is unfortunately sometimes overlooked in contrast to physical health. Yet the rate of Alzheimer's and dementia are soaring, with the number of people around the world living with the condition expected to rise to 131.5 million by 2050. Studies strongly suggest that mental exercise, diet and lifestyle can protect our brains from decline, so here's some tips on how to keep the cogs turning.

Use it or lose it

The brain needs as much of a workout as the body, with numerous studies showing that brain training significantly improves cognitive ability. Recent research found participants in brain training games improved their memory by as much as 40%. Give your brain a grilling and have some fun with apps such as Lumosity, Elevate and Peak.

Brain health has been linked to heart and blood vessel health, so the risk factors of cardiovascular disease are likely to be the same for dementia. In fact, someone who has had a stroke, or who has diabetes or heart disease is about twice as likely to develop dementia. Clean up unhealthy habits and avoid smoking, excessive alcohol consumption and fatty foods.

Aerobic exercise which raises your heart rate, such as running, swimming and cycling, has been shown to help protect memory and fuel cognitive abilities. Studies also suggest that exercise stimulates the release of chemicals that affect brain cell health, the growth of new blood vessels and the volume and survival of new brain cells.

You are what you eat

Diet and nutrition play a key role in brain power. A fifth of our energy intake is gobbled by the brain and just 2% dehydration affects our attention, memory and other cognitive abilities. Evidence suggests a heart-healthy diet is also a brain-healthy one, with research showing a Mediterranean diet can lower the risk of brain decline by as much as 48%.

Wholegrains including brown rice and granary bread may help with concentration and focus. Food rich in essential fatty acids such as salmon, pumpkin seeds, and soya beans are important for healthy brain function. Studies suggest that dark red and purple fruits and vegetables, such as blueberries, play a role in boosting short-term memory.

It's time to get moving!