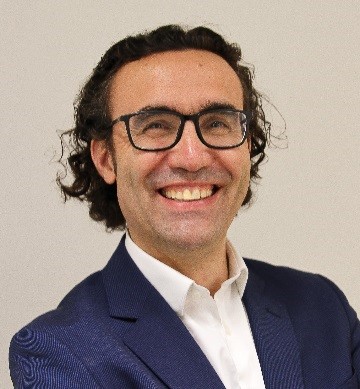 Fernando Díaz will be joining Europ Assistance Belgium as Chief Executive Officer on 1st July 2018. He will be replacing Phillipe Gervais who has been appointed as new CEO for CSA, branch of Generali Global Assistance, part of Europ Assistance Group and a San Diego based leader in travel insurance.

Fernando Díaz will be reporting to Pierre Brigadeau, CEO of North Europe, CEE and Asia. Diaz will be responsible to maintain the leading position on the Belgian market, supporting its transformation and growth.

Fernando Díaz : “It is an honour and privilege to join the pioneer company in assistance and do such a noble profession. Already I can see that the teams in Europ Assistance are very professional and welcoming, fitting perfectly with our identity as a reliable partner for many Belgium families and companies. My first goal will be to fit in as fast as possible to contribute to the positive spirit of collaboration and I will be working every day to ensure the continued success of Europ Assistance in the industry."

Fernando Díaz started his career at la Royale Belge, then later joined AXA Belgium, where he worked as a consultant and Space Management manager, before being appointed as Retail Operations & Commercial Lines Coordinator within the Axa/Royale Belge merger team.

In 2000, he became director of AXA Communication Center. Between 2006 and 2013, he worked as Director of Delivery Retail Life and P&C service, director of Retail and P&C subscriptions for the southern region of Belgium, Head of the Lean Transformation and Director of AXA Belgium support.

In 2013, Fernando Díaz was appointed as director of Claims Retail P&C of AXA Belgium.