How to stay safe and enjoy your first motorbike or moped

How to stay safe and enjoy your first motorbike or moped 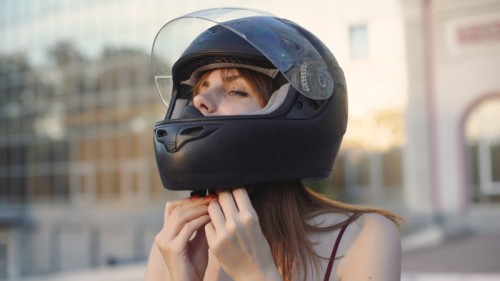 Few forms of transport are more exciting and freeing than a motorbike or moped. Although it's very tempting to go incredibly fast right away, some risks just aren’t worth taking. If you’re new to life on two wheels, it’s worth getting up to speed on safe riding so you can fully enjoy your time on the road.

In terms of gear, the most important thing to invest in is a great helmet to protect that all-important brain. It doesn’t need to be super expensive, but it does need to meet local safety standards. Or, even better, look for those that meet the even-higher global Snell standard. It also needs to fit really well, so get a professional fitting at a specialist motorcycle store.

Next, you need a jacket, trousers, gloves and boots, especially if you’ve opted for a motorbike over a moped. All of these need to be specially designed for protection when biking as well as style. But be sure to factor the local climate into your choice of gear—freezing or overheating isn’t just unpleasant; it's also a dangerous distraction. And, awkward as some of your gear might seem, remember the silver rule—All the Gear, All the Time. It could save your life.

Next, you need some wheels. Mopeds are great for new riders, but if you’re going for a motorcycle, resist going for the biggest and most powerful bike available right away. Less power and more manoeuvrability will keep you safe in the early days and make you a better rider in the long run—try this list of beginner bikes on for size.

Safe riding requires calm focus, so be sure to get in the zone before getting behind the handlebars.

When you’re finally on the open road, the first trick for staying safe is the golden rule: pretend you’re invisible. This is important partly because, a lot of the time, you actually are invisible —bikes fit nicely inside blind spots. But mostly it’s important because, if you do this, you’ll act as though someone could hit you at any moment, keeping you alert and safe.

Before you tackle busier, more dangerous roads, it’ll also help you stay safe and build your confidence to start off with quieter roads you're well acquainted with. And even in those roads, it's important to stay vigilant. A new and unexpected feature, however small—such as a pothole or piece of debris—could still be dangerous if you’re on two wheels.

Reacting to the road

When you’re on your bike, be sure to keep hands and feet in the right position. That means covering your brakes and gripping the gas with your hands facing forward rather than down so you don’t accidentally speed up when you hit a bump in the road. You can also avoid bumps by sticking to one of the two wheel basins where cars have smoothed down the road instead of the rougher middle of the lane.

Which you choose depends on your preference, except when going around a corner. If your country drives on the right, you can maximise your visibility of the road ahead by holding the left side of the lane when turning right and vice versa when turning left. But if the bend is blind, always stick to the right to avoid big vehicles or cars that might have strayed over the line. (If your country drives on the left, do the opposite of everything we just said!)

Another great trick is to use other vehicles to your advantage. When you’re at a junction, it can be tempting to use your superior acceleration to get away first. But if you let another vehicle go first, you can use them as cover to reduce your chances of a collision with someone who’s missed or ignored the traffic signals.

Who's got your back?

Even if you follow our advice to the letter, there's always the chance that something could go wrong—especially when there are other road users around. So, before you hit the road, be sure you've sorted out some good insurance, such as Europ Assistance's moto assistance, just in case.