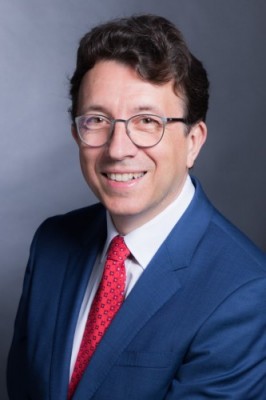 Jean-Yves Le Berre, 53 years old, joins Europ Assistance with over 20 years’ experience in the insurance sector. He will be responsible for the Insurance, COO and CFO functions of the Group.

Previously, Jean-Yves was Chief Executive Officer for AXA Emerging Europe based in Paris, appointed in 2016. Having started his career with AXA as a project manager in 1991, Jean-Yves rose to hold several significant roles including Deputy CEO and CFO of AXA Central and Eastern Europe from 2012-2016 and Senior Vice President - Strategy, Business Control & Procurement of AXA France in 2011-2012.

Jean-Yves Le Berre graduated from Ecole Polytechnique in 1989 and ENSAE in 1991. He is also a qualified Actuary.

Pascal Baumgarten who joined the Group in 2015 as the Group COO before extending his responsibilities to become the General Manager with responsibility for the Group’s insurance, operations, finance and product functions will immediately assume the new role of CEO Northern and Eastern Europe, Asia, and South Africa with the mission to strengthen and extend the activities of the Group in these priority areas for growth. The respective CEOs of Belgium, Germany, Austria and Switzerland, Poland, Southern & Eastern Europe, Asia and South Africa will report to Pascal. He will replace Pierre Brigadeau, who will pursue other opportunities outside the Group.

“Jean-Yves will be a strong addition to our leadership team, bringing with him senior international leadership experience that will support us in our efforts to continue as the most reliable care company in the world. After having significantly contributed to the success of our strategic plan, Pascal will now focus on developing our business across the world and is responsible for not only markets of strategic growth such as Asia but also core traditional markets such as Belgium and South Africa.

On behalf of Europ Assistance, I would like to thank Pierre Brigadeau for his 3 years with the Group and on a personal note, for his continued support throughout this period. I wish him all the best for the future.”