When it comes to its elderly population, South Korea breaks all the records. 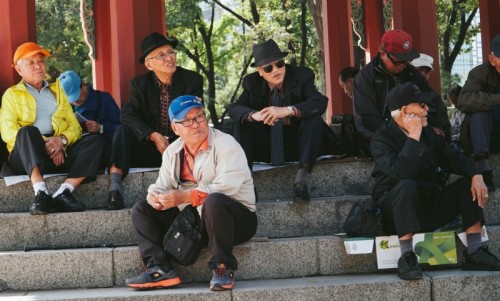 This “Asian Dragon” has come from being one of the world’s poorest countries in the 60s to now the world’s 11th largest economy.

The economic boost has been accompanied by rapid demographic transition as well as sociological upheavals.

The fastest aging in the world

In just 17 years, South Korea has moved from being an “aging society” to an “aged one”. This is largely due to its extremely low fertility rate -0.98 children per woman - and a significant improvement of health conditions.

Korean society is rapidly changing and as Min Suk Yoon, researcher at the Seoul Institute points out, society still needs to figure out how to tackle this challenge. To understand the situation in South Korea, Min Suk Yoon identifies two groups of seniors:

The Seoul Foundation 50+ explains that the generational diversity in the labour market is causing inter-generational conflicts: young graduates compete with young retirees, both willing to accept lower salaries in favour of a stable employment.

The Seoul Foundation 50+, supported by the Seoul mayor, was created with the aim of offering personalized support to early retirees and help them stay active and relevant with volunteering, skills development trainings or hobbies.

EverYoung is a company where the average age of employees is 65. Here seniors feel respected and appreciated as working hours and spaces are adapted to their needs.