Stay safe on Spanish roads with these top driving tips

Stay safe on Spanish roads with these top driving tips 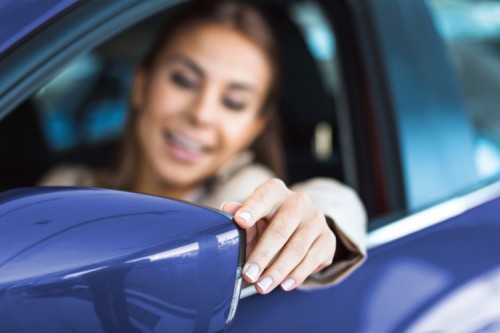 Heading to Spain in for a fun-filled holiday full of sun, sand and cultural sights this year? You're in good company! With over 82 million visitors in 2017, it's second most popular tourist destination in the world. Whether you're planning on driving there across the border like many French and Portuguese visitors, or renting a car on arrival, take some time to familiarise yourself with the rules of the road before you go.

Spain saw a rise in road fatalities last year, with 1,160 driving-related deaths in 2016 alone. Although this is significantly better than fatality rates from the 90s, there’s still room for improvement, prompting interior minister Ignacio Zoido to announce €12 million investment to maximize road safety for Spanish drivers. But aside from Zoido’s new initiatives, what else can you do to stay safe on the roads?

Even the safest drivers are likely to be sharing the road with someone much less vigilant, so staying focused is extremely important. As much as you want to boost that vacation mood with a summery soundtrack or catch up on a call with friends at home, distractions such as loud music, mobile phones and putting on make up cause around 30% of road accidents in Spain and they can all result in fines of up to €200. And as you already know, you should not be using earphones behind the wheel!

Speaking of fines, it's a good idea to read up on Spanish driving laws before you arrive, as you may find these differ from driving in your home country. Activities such as driving without a t-shirt (or in flip flops), eating at a red light or using the horn in a non-emergency scenario for example are not permitted in Spain, and can also lead to fines of up to 200€!

The drink driving limit is set to 0.05% BAC in Spain, but it can be easy to lose track while enjoying a bottle of Bobal over a relaxing holiday dinner. Skip the sauce and stick to soft drinks to avoid any risks if you're the designated driver, and treat yourself to a drink once you're safely back at your hotel or apartment instead.

Finally, although Spanish motorways have a speedy 120km speed limit, many local drivers still seem determined to go fast and furious, causing accidents as a result—21% of fatal accidents in 2014 were partially caused by inappropriate speed.  Prevent the temptation to join the speeding crowd by always factoring in extra time for traffic on your journey, and not getting caught up in competitive speeds with other drivers. Even if it takes you a little longer to get to the beach, you’ll always arrive safely this way.

Hopefully, you won't get caught in the rain on your trip, but just in case, check out our top tips for driving safely in wet weather to make sure you're prepared!